Alrosa steps down from NDC and RJC; assures India business as usual 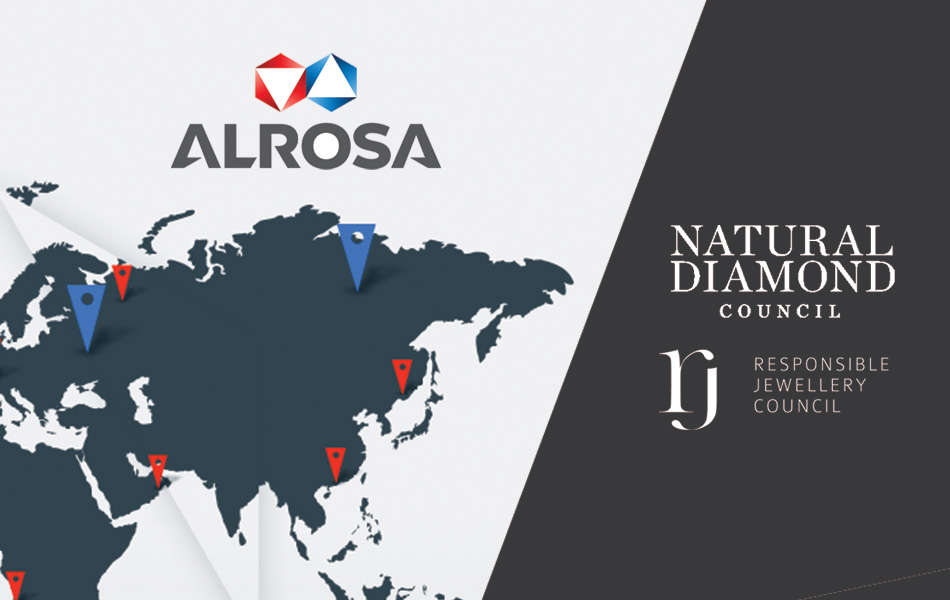 With the ongoing economic sanctions imposed on Russia, mining company Alrosa has suspended its membership from the Natural Diamond Council (NDC) and vice-chairmanship of the Responsible Jewellery Council (RJC).

The decision to suspend its membership from NDC also ceases Alrosa’s financial contributions to the council and vacates its board position amid the current Russia-Ukraine war crisis.

“The current situation is unprecedented, the company continues to monitor and analyse repercussions it might have for the industry and relationships that have been built over decades across the world,” the company stated.

Alrosa also pointed out it is taking the time “to reassess the portfolio of its key projects, standing firm with the principles of sustainability and full transparency” and do what it can to “mitigate the outcome of the happenings in the interests of its clients, partners, including industry organisations, the family of employees and hundreds of thousands of people in the regions of operations.”

According to David Kellie, CEO, NDC, “We understand and respect Alrosa’s decision given the current geopolitical situation. We are confident that Alrosa will continue to follow its outlined commitments to being a socially responsible business conducted according to the industry’s best practices and high standards.”

Additionally, Alrosa stepped down ‘temporarily’ as vice-chair of RJC’s board of directors.

“Like so many, we are deeply saddened by the geopolitical situation in connection with the Ukraine crisis,” David Bouffard, chairman, RJC said, adding that the council “will continue to closely monitor the situation in accordance with international regulations and update its members with guidance as it evolves.”

The Gem and Jewellery Export Promotion Council (GJEPC) has announced it was assured by Alrosa of continued trade relations and honour obligations with foreign partners despite the prevailing sanctions imposed on Russia.

Colin Shah, chairman, GJEPC told Financial Express, “Alrosa has assured that they are running their business as usual and they have all the necessary resources to ensure normal operation in the current circumstances. They will be fulfilling all their obligations to their clients in any part of the world.”

Alrosa, according to Shah, communicated with the Indian government-backed GJEPC to allay fears on the perceived repercussions of several Russian banks being blocked from the SWIFT banking and financial messaging system governing cross-border payments.

The mining company is one of the major suppliers of diamonds to India and the sanctions imposed on Russia – including Alrosa – drew fears it could adversely impact the largest diamond cutting and polishing centre in the world.

Diamond supply to India will be largely affected if sanctions continue to impede the trading of diamonds with Alrosa, as around 8 to 10 major diamond enterprises managed by Indian diamantaires operate in Russia.

Alrosa and its CEO, Sergei S. Ivanov, were implicated in the sanction measures issued by the US Department of Treasury due to close associations with Russian President Vladimir Putin.

Ivanov’s father – Sergei B. Ivanov – was identified as a high-ranking official of the Russian government.