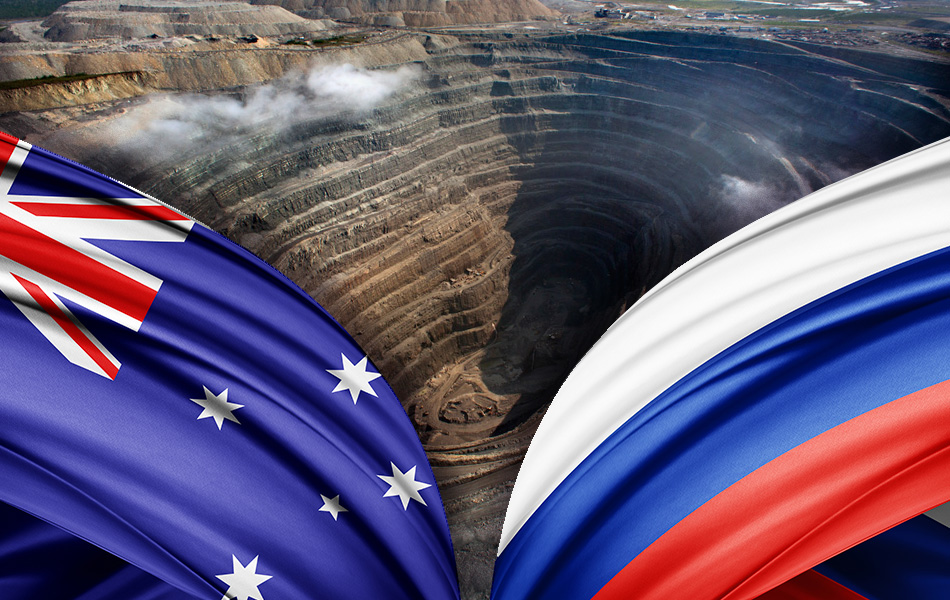 The Australian government has announced new sanctions prohibiting the importation of oil, coal, petroleum, natural gas and other energy products from Russia following the invasion of Ukraine.

The expanded restrictions also included the names of 33 Russian oligarchs and prominent business figures, including their families, who are believed to be closely associated with President Vladimir Putin.

The import ban did not mention diamonds, jewellery, and precious metals among the sanctioned items, which mostly focused on fuel and other energy products.

However, the Department of Foreign Affairs and Trade has stated that those doing business in Russia should “consider the wider legal and commercial context of your trade and investments, and seek your own legal advice on the sanctions laws of other countries, including the United States, that might apply to your specific context.”

While the Australian sanctions have not specifically made reference to diamonds, jewellery and other luxury goods, similar sanctions from the US, EU and UK have. The Department of Foreign Affairs and Trade advises that “Australian businesses engaging with Russian entities should monitor US sanctions and seek legal advice on whether your operations are affected.”

The importation ban was authorised by the Autonomous Sanctions (Import Sanctioned Goods—Russia) Designation 2022 on all goods specified in chapter 27 of the Combined Australian Customs Tariff Nomenclature and Statistical Classification.

The move was made to “reinforce Australia’s commitment to sanction those people who have amassed vast personal wealth and are of economic and strategic significance to Russia, including as a result of their connections to Russian President Vladimir Putin.”

With the new sanctions in place, questions have been raised as to why the list fails to include two Russian oligarchs known to control assets in Australia.

Russian billionaire and industrialist Oleg Deripaska and Renova Group president Viktor Vekselberg were not included in the list of Russian oligarchs issued by the Department of Foreign Affairs and Trade.

Deripaska has a stake in a joint venture with mining company Rio Tinto on an alumina refinery in Gladstone and Vekselberg has been linked to a gas project in the Beetaloo Basin.

However, a spokesperson for the foreign minister told The Sydney Morning Herald the department has considered the matter and that the legal process has been initiated to include Deripaska and Vekselberg to the sanction list.

“Minister Payne is waiting on advice on further sanctions measures from her department and will consider that advice as soon as possible, once it is received. We are consulting and co-operating closely with partners on sanctions and would note that the UK only sanctioned Viktor Vekselberg yesterday and Oleg Deripaska in recent days,” the spokesperson said.

Earlier, Rio Tinto has stated it was “in the process of terminating all commercial relationships it has with any Russian business” referring to the joint venture aluminium refinery with Deripaska’s company Rusal as reported by The Guardian.

Last week, the US, EU and the G7 forum leaders collectively announced tougher sanctions would be imposed on Russia.

Those sanctions included the prohibition of the importation of diamonds and jewellery to “further isolate Russia from the global financial system”.

The G7 – also known as the Group of Seven – is an international political and leadership forum composed of the US, UK, France, Canada, Italy, Japan, and Germany.