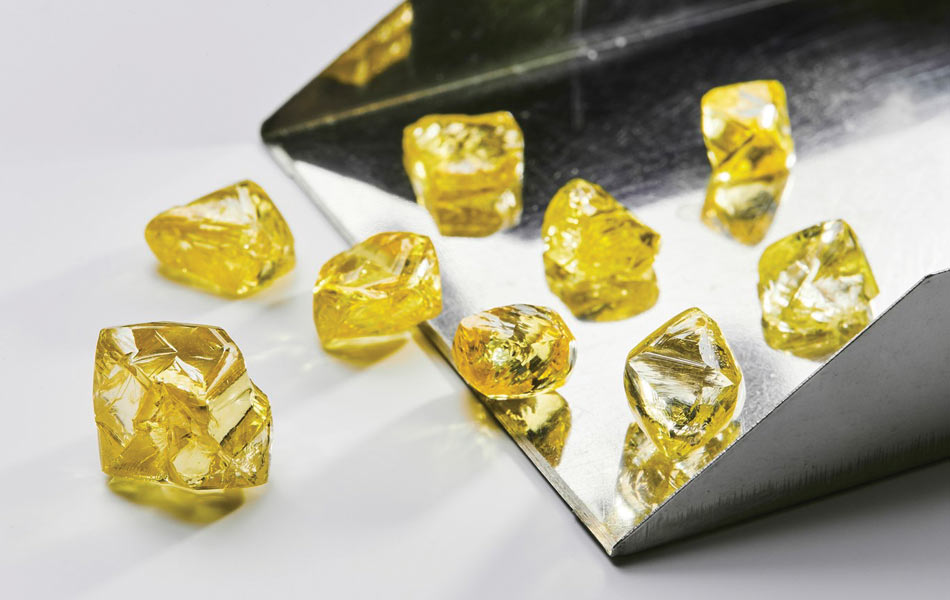 Australian diamond exploration company Burgundy Diamond Mines has acquired a parcel of fancy yellow rough diamonds from the Ellendale mine in West Kimberley.

The stones will be cut and polished at its Perth facility. The parcel, which contained approximately 350 carats with each piece weighing around two to five carats, was purchased from an Antwerp-based diamantaire who acquired the stones from its former owner, Gem Diamonds.

The diamonds were mined from Ellendale in 2009.

Burgundy also purchased a smaller parcel of approximately 150 carats of intense yellow rough diamonds from the Arctic Canadian Diamond Company in September 2021, which was mined from the Misery Pipe at Ekati.

“The purchase of these two parcels of rough diamonds represents continued execution of our strategy to produce revenue from cutting and polishing third-party rough diamonds, while building towards our own in-house production,” Peter Ravenscroft, chief executive officer and managing director, Burgundy said in a statement.

He pointed out that the diamonds from the Ellendale parcel will be an “added advantage of establishing our processes in preparation for our own production, and also showcasing these highly-prized fancy yellow diamonds as part of our ultra-luxury brand offering.”

Burgundy acquired the dormant Ellendale Mine from Gibb River Diamonds in March last year, 16 months after Gibb was granted exclusive mining and exploration leases by the West Australian government.

The acquisition agreement included a state-of-the-art bulk sampling facility at Ellendale by Burgundy for on-site production as mining operations are expected to resume at the end of 2022.

Opened in 1976, Ellendale – which is located 135km east of Derby in the West Kimberley – was at one point the world’s largest producer of fancy yellow diamonds and had an exclusive supply agreement with Tiffany & Co.

However, it ceased production in 2015 when previous owner Kimberley Diamond Company went into liquidation.