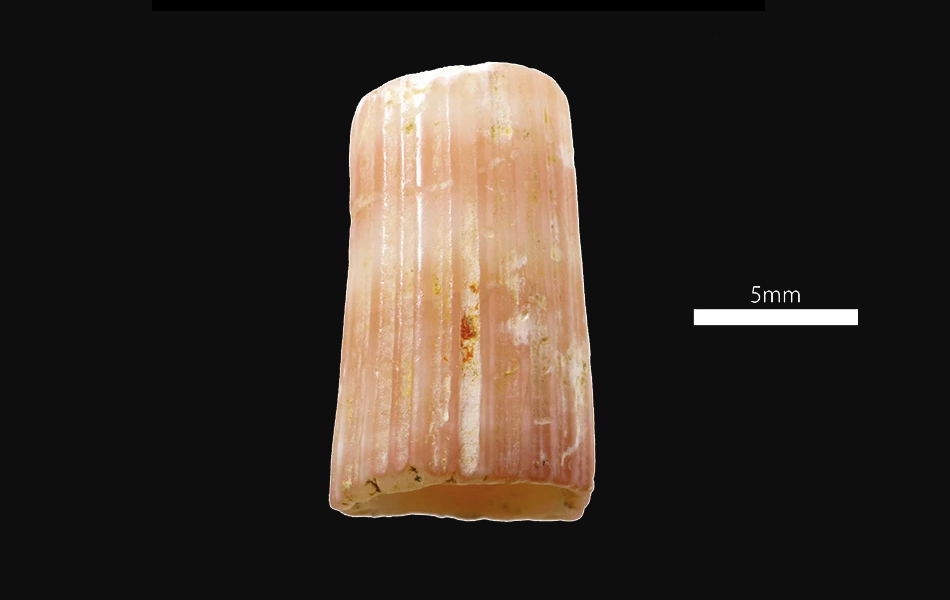 An artificially coloured bead believed to be 23,000 years old has been unearthed in Japan’s Okinawa prefecture, and it has been confirmed as Japan’s oldest known colour accessory.

Made from tusk shell, it was unearthed from a stratum in cave ruins dated to the Paleolithic period. Measuring at 13 centimetres long and 8 millimetres wide, the bead’s centre is still coated with red pigment.

Archaeologists have concluded that humans inhabited the cave for thousands of years and who abandoned it during the Jomon period, approximately 15,000 years ago. Further, the oldest confirmed Japanese jewellery prior to this discovery was dated to the same period.

Seiji Kadowaki, prehistoric archaeology specialist Nagoya University Museum, said, “It appears ancient people took a lot of time and effort to make these objects. The decorative objects may have been used as tools for communication, which is also interesting in terms of human history.”

Also uncovered was evidence of a ‘shell culture’ amongst paleolithic people, as various decorative shell artifacts, including shell beads, were unearthed at the Sakitari-do cave site, as well as the oldest discovered fishing hook.

The bead has been on display at the Okinawa Prefectural Museum and Art Museum, in the prefectural capital Naha since October. The piece was discovered eight years ago, but has been kept undisclosed until last month, when it was included as part of an exhibition on exchanges between humans and the environment.

How the piece was worn by its paleolithic designers has been speculated upon, with it being suggested that it was worn decoratively on the body by threading a piece of string through its hollow.

Jewellery has long been important to human culture, with evidence of jewellery making within societies dating back thousands of years. In 2012 Jeweller reported that the 3,500-year-old skeleton of a Bronze Age woman was discovered, wearing a headband comprising of tiny bronze spirals.