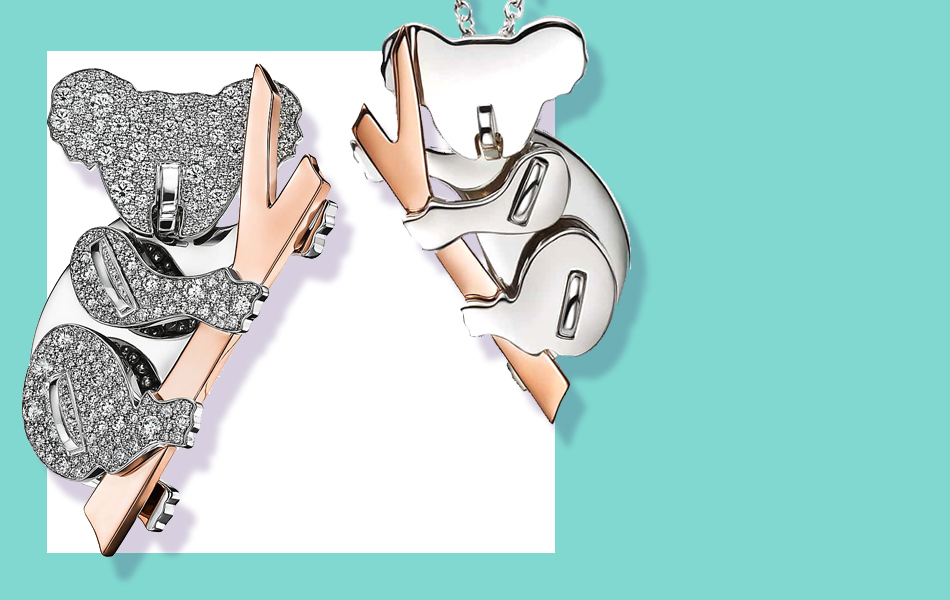 The Black Summer fires that raged across Australia’s east coast last year have inspired Tiffany & Co. to create a diamond koala jewellery as not just another fancy adornment, but a statement aimed at delivering a strong and timely message.

For Dr Kellie Leigh, executive director and CEO of Australian non-profit Science for Wildlife, koalas are more than just charming and adorable creatures, they are images of the damage and hardships that followed the devastating bushfires.

In July, international jeweller Tiffany & Co. launched a Koala Pendant as a new addition to its Save The Wild jewellery collection in collaboration with the Wildlife Conservation Network. The initiative aims to raise funds for wildlife conservation, especially the koala habitat recovery efforts in Australia.

The collection also features animal jewellery designs such as lions, rhinos, and elephants.

“It’s incredibly welcome,” Leigh told The Australian of the partnership, “we need so much reach in the field – for koalas and other species” and with the jewellery brand’s far-reaching capabilities, international awareness in protecting and preserving wildlife at risk- especially koalas- is once again taking centre stage.

“One of the reasons we work with them is because they’re a flagship species, and they need a broad range of eucalyptus habitats. So, if we’re protecting their habitats, we’re protecting a lot of other species at the same time,” Leigh explained.

One hundred per cent of profits from Tiffany Save the Wild collection has been donated to the effort and has already raised $US10 million ($AU14 million) since 2017, which has been funding more than 450 conservation projects.

“All those small actions do add up. I think we’re really at a pretty critical tipping point right now and you know, we need support to carry through that change, otherwise things are going to get worse,” Leigh added.

It was estimated that the 2019-2020 Black Summer bushfires killed millions of animals – including thousands of koalas – and destroyed millions of hectares of wildlife habitats that are critical to maintaining balance in nature.

Is responsible sourcing good for the people it seeks to protect?