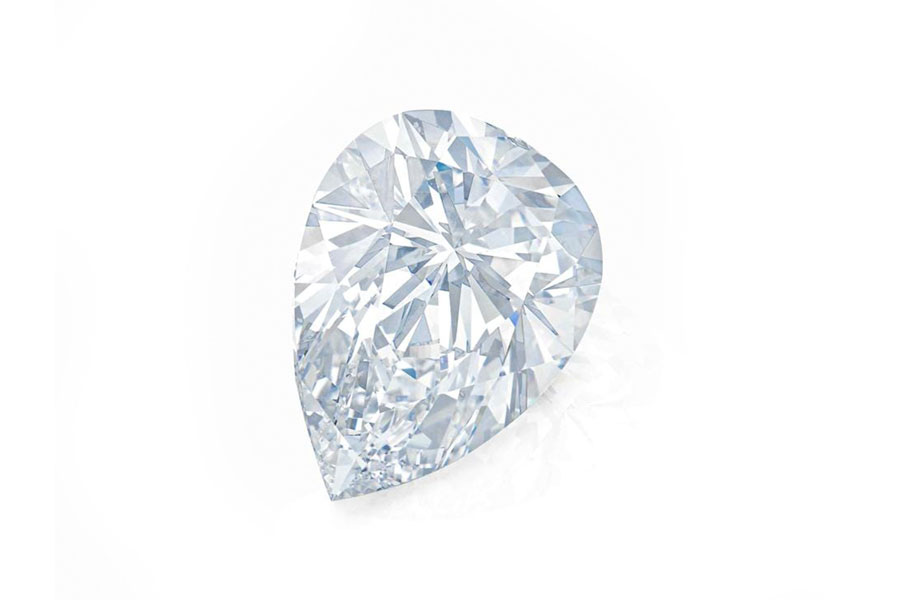 A 101.41-carat diamond has set another auction record after fetching $US13 million ($AU18.74 million) at the Sotheby’s New York Magnificent Jewels tender.

The diamond was previously known as “Juno”, named after the Roman goddess of fertility and light, and comfortably surpassed the pre-sale estimate. The new owner has renamed the pear-shaped, internally flawless, type IIA diamond “Claire” in honour of his wife.

The diamond is well-known for its impressive size, similar to that of a small egg, and had a pre-sale estimate of $US10 million.

Quig Bruning, head of jewellery, Sotheby’s America said, “Just a handful of diamonds over 100 carats have ever been offered at auction. The fact that we have two in one sale is rare beyond rare.”

The Claire G is one of just 12 D-colour diamonds to have been sold at auction since 1990. Sotheby’s has sold seven of those.

“We are thrilled to see this exceptional diamond achieve such a strong result, it’s confirmation that there’s ongoing demand from collectors at the highest levels of the market,” Bruning added.

The fancy deep orange-brown diamond was originally cut from a 248.9-carat rough diamond discovered in South Africa in 1967 and set on a pendant created by jewellery designer David Webb.

The Earth Star was listed in the book “Famous Diamonds” by Lord Ian Balfour and is reputed to be the second-largest diamond of the same cut, size and colour to be auctioned.

The round brilliant-cut VS2-clarity yellow diamond ring set in brilliant, single and baguette-cut smaller white diamonds fetched $US816,500 ($AU1.17 million) during the tender.

While the auction sold around 75 per cent of the lots, it failed to sell several pieces that were expected to attract buyers.

Among them, a 17.62-carat VVS1-clarity diamond ring with an estimated value of $US1.3 million and a cushion-shaped mixed-cut Kashmir sapphire and diamond ring valued at $US800,000.

Pandora takes over another retail network