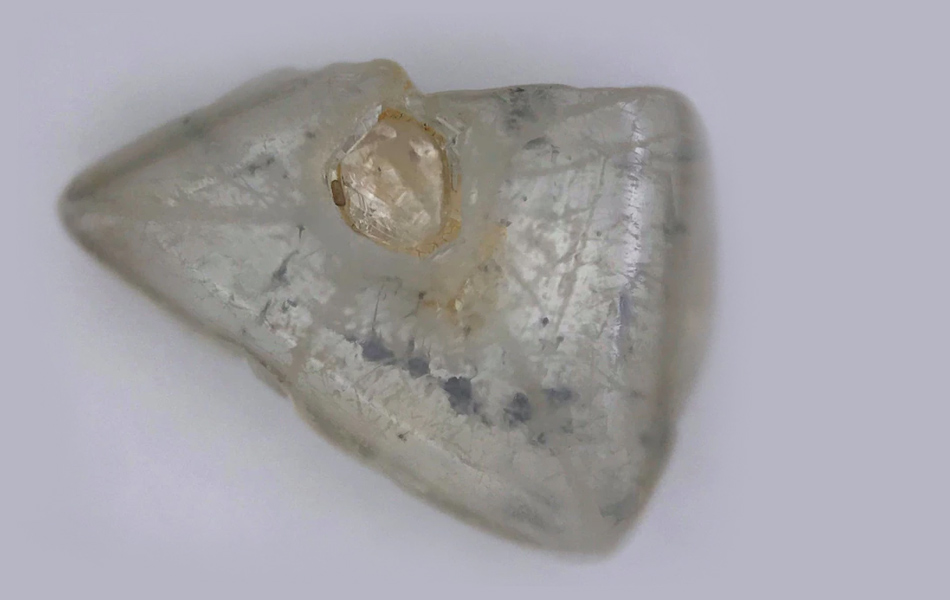 The discovery of an extremely rare ‘double diamond’ in Western Australia’s Kimberley region is expected to kickstart the diamond mining industry in addressing the strong demand for colour diamonds.

The 0.85 carat diamond that had a smaller stone enclosed within a cavity inside it was unearthed some 200 kilometres below the surface at the Ellendale alluvial deposit operated by Australia-based India Bore Diamond Holdings (IBDH).

“At first we thought that it was a stone or something inside of the diamond but it was clear,” Peter McNally, managing director,  IBDH, told ABC News.

“So we thought, it’s a diamond trapped inside a diamond. It was very exciting,” McNally said, adding that the discovery became more exciting as each of the stones – in its signature orange-yellow colour unique to Ellendale colour diamonds – produced a rare purple hue when subjected to ultraviolet light.

Similar to the famous Hope Diamond, the double diamond exhibits phosphorescence – a rare phenomenon that occurs in less than 0.01 per cent of natural diamonds.

The discovery is expected to increase diamond production at the Ellendale mine where IBDH has also unearthed yellow diamonds last year with rare purple fluorescence within its coverage areas.

IBDH is one of the few mining companies to operate in the area to boost production of colour diamonds to meet the increasing demand for the stones worldwide amid the supply shortage following the closure of Argyle Mine last year, which was the largest source of colour diamonds- most notably pink diamonds.

“The grant of a Mining Lease for our L-Channel Deposit is a very significant milestone for IBDH and comes on the back of a targeted and innovative exploration program,” McNally said.

“We have identified a large buried alluvial channel draining north to south through the Ellendale Diamond Field containing thick beds of diamond baring gravels. Our sampling and testing program has confirmed diamond grades up to 12.7 cpht with a high percentage of colour diamonds including the world-famous Ellendale Fancy Yellow diamonds,” McNally added.

More reading
New focus on old diamond mine: Ellendale to get new lease of life
End of an era: Argyle Mine officially closed
Alrosa to increase diamond yield in 2022, sees sustained market demand
New owner for historic Australian diamond mine