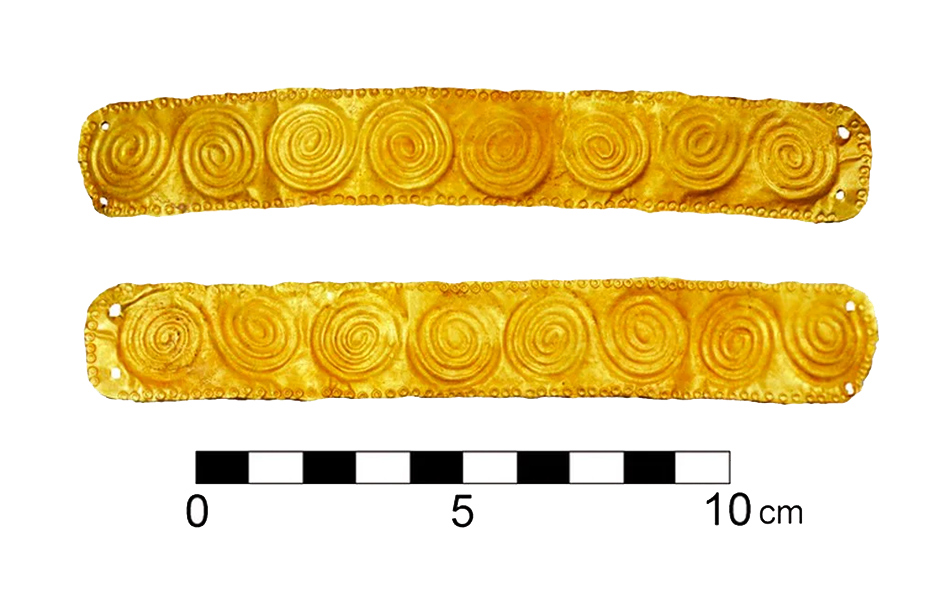 Ancient gold jewellery, ceramics, and precious stones dating back to 1350 BC were unearthed by archeologists among hundreds of other artifacts found alongside human skeletal remains from Bronze Age burial chambers in Cyprus.

The artifacts were discovered by archaeologists from the University of Gothenburg inside two underground chambers which were believed to be a burial site for the ruling class and wealthy families in the ancient city of Hala Sultan Tekke.

“We have found the skeleton of a five-year-old with a gold necklace, gold rings in his ears and a tiara of gold around his forehead. Probably a child of a ruling and wealthy family,” Prof Peter Fischer, leader of The Söderberg Expedition, said.

Around 500 objects, mostly jewellery and metal adornments were found worn or beside 155 skeletons piled on top of each other indicating that the burial site has been used for generations.

Other notable artifacts were objects and symbols made of gold, silver, bronze, ivory and precious stones, along with several intricately designed and decorated ceramic vessels from different ancient cultures.

The most notable discovery among the artifacts was gold jewellery that resembled those worn by Egypt’s famed Queen Nefertiti and her husband, Akhenaton, such as a gold pendant that bore the design of a lotus flower with precious stone inlays.

“The comparisons show that most of the objects are from Nefertiti and her husband Akhenaton’s period from around 1350 BC. Like a gold pendant we found, a lotus flower with inlays of precious stones,” Fischer said, noting that the jewellery was “very similar” to those worn by Nefertiti when her stone coffin was discovered.

The discovery also showed proof of an extensive trading network between cultures during the Bronze Age, particularly the ceramic vessels that were analysed.

“Ceramic changes over time in appearance and materials make it possible to make dates and study connections with the outside world. What fascinates me most is the large network of contacts that existed 3,400 years ago,” Fischer said.

The skeletons have been exhumed for DNA analysis as “they will reveal how the individuals are related to each other and whether there are immigrants from other cultures, which is not unlikely given the extensive connections,” he added.

The archaeological expedition started in 2010 and the United Nations Educational, Scientific and Cultural Organization declared the area a World Heritage Site.