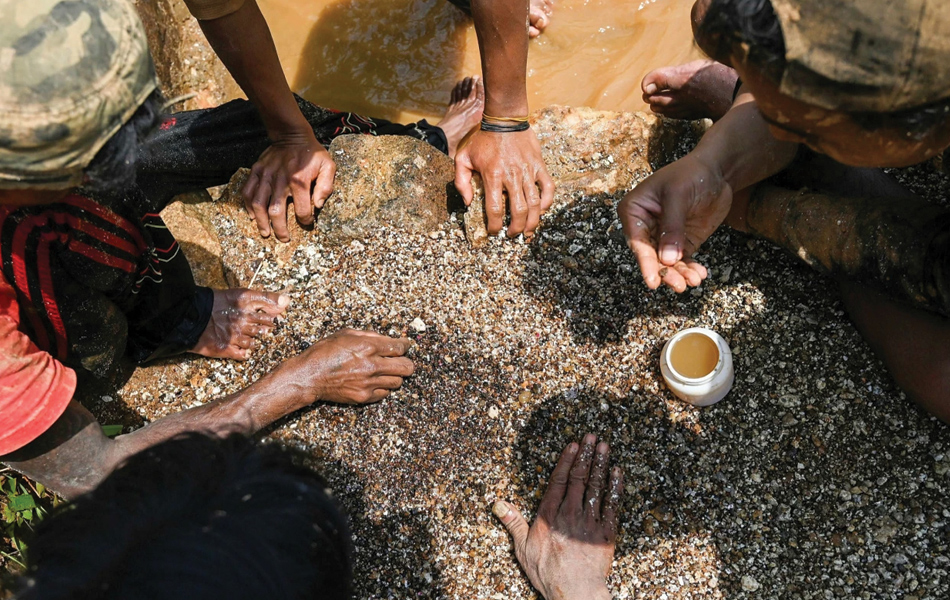 Swatch Group’s Harry Winston has announced it will cease sourcing gemstones from Myanmar – also known as Burma – for ethical reasons amid reports of widespread conflict and human rights abuses in the country.

The jeweller made the announcement days before international non-profit watchdog Global Witness published a report regarding political and human rights abuses in the Southeast Asian nation known as a leading supplier for premium-quality gemstones.

According to the report, of the 30 international brands contacted by Global Witness only Tiffany & Co, Boodles, and Signet Jewellers aside from Harry Winston, have also declared to stop sourcing gemstones from Myanmar.

“In its ongoing commitment to responsible and ethical sourcing, the House of Harry Winston will no longer source gemstones from its suppliers that have Burmese origins, regardless of the importation dates,” the company posted on Twitter.

The company also noted it takes “very seriously” how it sources its diamonds and gemstones.

“We perform our due diligence prior to purchasing to ensure the gemstones used in the manufacturing of our jewellery collections are obtained responsibly, ethically, and in accordance with all applicable laws and regulations,” the statement also pointed out.

A military coup in February seized control of Myanmar that triggered an embargo on key gemstone companies by the US.

The Global Witness report alleges that Myanmar’s current military leaders are taking advantage and control of what the organisation called “conflict rubies” to “tighten its grip on power and bankroll atrocities.”

“There is no such thing as an ethically sourced Burmese ruby. These gemstones are sold as symbols of human connection and affection, yet the supply chain is steeped in corruption and horrific human rights abuses,” Clare Hammond, Senior Myanmar Campaigner at Global Witness, said.

Among the other well-known luxury brands implicated in the investigation were Graff, Bulgari, Van Cleef & Arpels, and Sotheby’s.

A conservative analysis of the value of the coloured gemstone industry in Myanmar is estimated to be between $US346 million ($AU478.5 million) to $US415 million ($AU574 million) based on official production data.