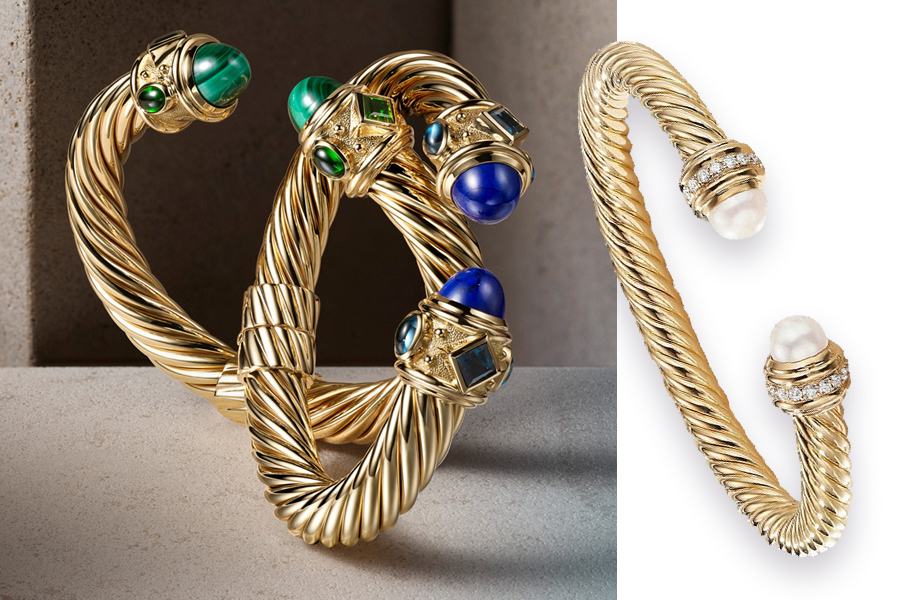 The complaint was filed in the New York Southern District federal court for infringement based on dilution of Yurman trade dress and violations of the state’s business law.

Trade dress is a type of US trademark law that extends to the configuration (design and shape) of a product itself. If the overall image serves to distinguish the source of a product, or service from those of its competitors, one or more elements that make up the trade dress may satisfy the requirements for registration as a trademark.

David Yurman sought an injunction against Mejuri for manufacturing products that “infringe” on the specified designs and demand the finished pieces be “melted down.” The company is also seeking redress for unspecified damages.

Established in 1980, David Yurman operates 33 US and 11 international stores.

Mejuri is based in Toronto, Canada was founded in 2015 by Noura Sakkijha and focuses on millennial women looking to ‘self-purchase’ affordable jewellery.

In 2019, venture capital firm New Enterprise Associates invested in the $US23 million Series B round for Mejuri, a startup capturing millennial women’s penchant for affordable and treat yo’ self type of jewelry rather than diamonds and precious stones for special occasions.

To date, combined sales for both jewellery collections have exceeded $US235 million ($AU323 million).

In a statement, the company claimed Mejuri copied the designs and  “caused customer confusion and damage the substantial goodwill that David Yurman has diligently built over four decades,” charging that the action makes Mejuri a “serial copycat.”

“We celebrate the creativity of our peers in the industry who design their own jewellery, and we welcome competition from new and established designers alike,” Evan Yurman, president of David Yurman, said in a statement .

“But we believe that competition should be fair, and unlawful copying is not good for the industry or its consumers, nor is it fair to our hardworking employees.”

In an interview with JCK, a Mejuri spokesperson said the allegations “are categorically false and are fundamentally at odds with what we stand for and who we are as a brand.”

“We look forward to demonstrating that [Yurman’s] accusations are entirely without merit and believe that there is enough space in our industry for artists and jewellery designers to coexist and thrive together without baseless attacks on one another,” the spokesperson added.