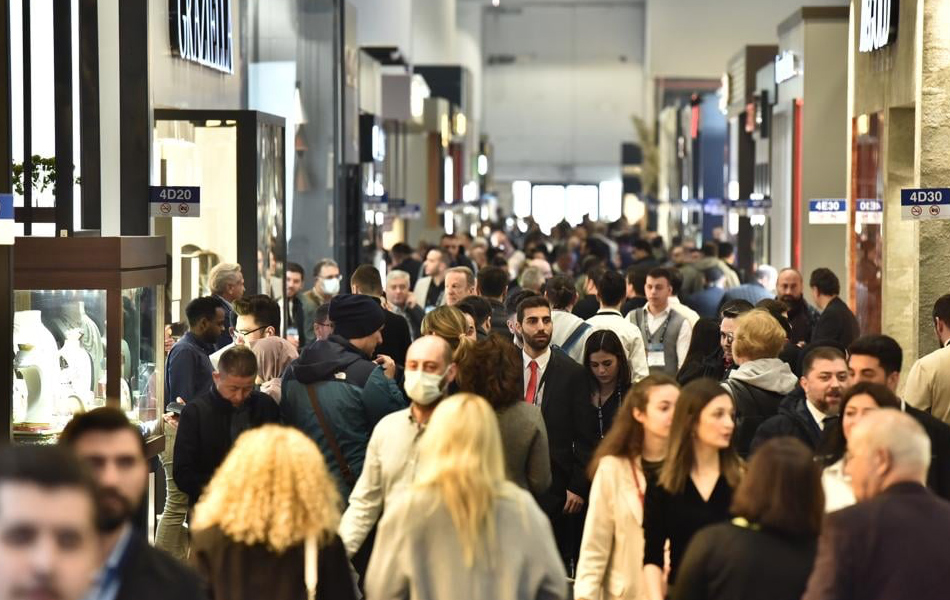 More than 36,000 people took part in the 2022 March edition of the Istanbul Jewellery Show, with the successful four-day affair taking place in Turkey’s largest city.

This year’s event was the 51st edition of the Istanbul Jewellery Show and marked a promising rebound after two years of the COVID-19 pandemic impacting international travel.

With visitors coming from more than 140 countries, the exhibition began on 24 March and concluded on 27 March.

In total more than 1200 companies were represented and 30 per cent of the visitors were overseas buyers. The International Buyer Delegation Program was also successful, introducing more than 1000 representatives from leading brands and companies to the fair.

“It’s an honour for us that March organisation of Istanbul Jewellery Show which we’ve been organising since 1986, reached the highest number of visitors among all other March exhibitions ever,” he said.

“Growing parallel to the growth of the sector, our exhibition has been ranked among the top five jewellery exhibitions of the world.

“We believe that it will continue to be a preferred event for the global jewellery industry and mainly for Turkey and that the trend of increase in number of visitors will continue.

“Exhibitions are critical spots for their respective sectors. Making new business deals, getting new orders and meeting new professionals of the sector in order to enter new markets is only possible at the exhibitions.

The Istanbul Jewellery Show returns in October with a four-day show beginning on 6 October.

The Istanbul Jewellery Show has run since 1986, and is organised by UBM Rotaforte and Informa Markets, the latter of which also presents a collection of other international jewellery fairs, including the Hong Kong Jewellery & Gem Fair.

Now Showing: Fantasy cut gemstones with lapidarist; making a sword signet ring from a screw; and live launch of the MoonSwatch