Kimberley Process adopts words but not action, some say 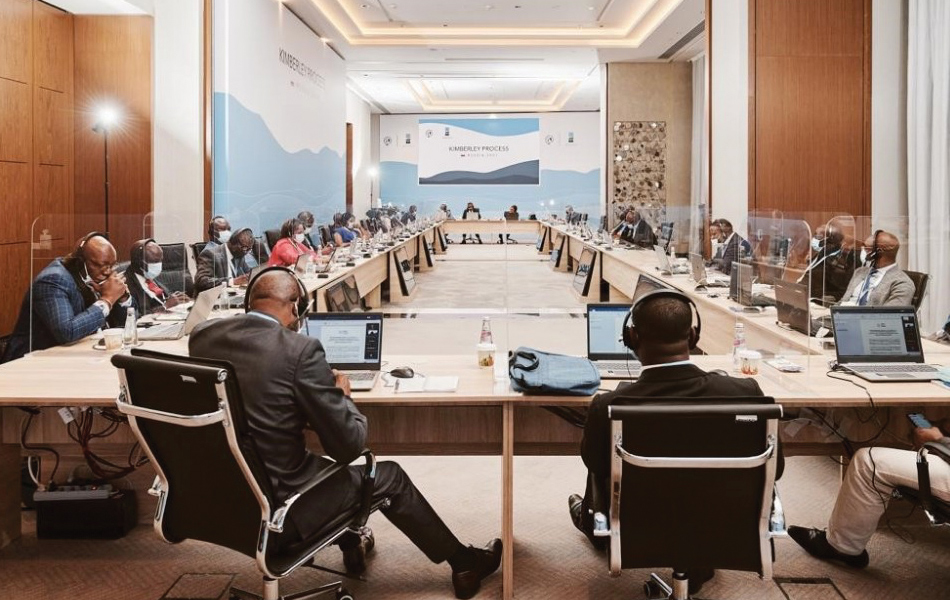 The recent Kimberley Process (KP) plenary has adopted a new framework of principles designed to guide the organisation through the next decades.

Held in November by the host country and 2021 chair Russia, the plenary passed a declaration pushed by Russia that spells out the basics of “responsible diamond sourcing”.

This does not mean that these topics now become an ‘official’ part of the KP, Peter Karakchiev, head of international relations for diamond miner Alrosa and head of the 2021 KP chair’s office, explained.

He told JCK, “What we tried to do is state what the KP supports as far as universally accepted best principles”.

It will be up to the Botswanan chair in 2022 to determine how to apply the ideals in practice, he said.

Karakchiev said he hoped Frame 7 would let the certification scheme collaborate with other organisations, including human rights, labor, and anti-corruption groups.

“I do believe that the KP should open itself up in terms of collaboration. The KP needs to interact more with other international bodies. In the modern world, we can’t work alone.

“We have established the mechanism for such collaboration. Now, we hope Botswana will take it forward, ” he said.

Karakchiev added that getting this language passed was no small feat. Changing KP rules requires absolute consensus – meaning all 82 participating countries must agree – and some thought the documents would bring the KP into territory where it didn’t belong.

“There were a lot of obstacles to overcome. Many governments perceive this document as a final step to the change in the [conflict diamond] definition. There was a lot of resistance that we only overcame at the last second,” he said.

The KP Civil Society Coalition – an umbrella organisation that acts as an observer of the Kimberley Process – called its passage a “sprinkle of hope”.

However, the Coalition’s statement added: “It was a sad sight to see participants tone down the language of this non-binding document and seek continuous assurances that it would in no way require them to take any action on giving effect to it … [It is] a first step, and we are hopeful that Botswana’s chairmanship in 2022 will start a trajectory on how the KP can turn these words into action.”

• Qatar, Mozambique, and Kyrgyzstan admitted to the KP
• Agreement to conduct a KP review mission into the Central African Republic to assess compliance
• Initiating the process to digitise KP certificates