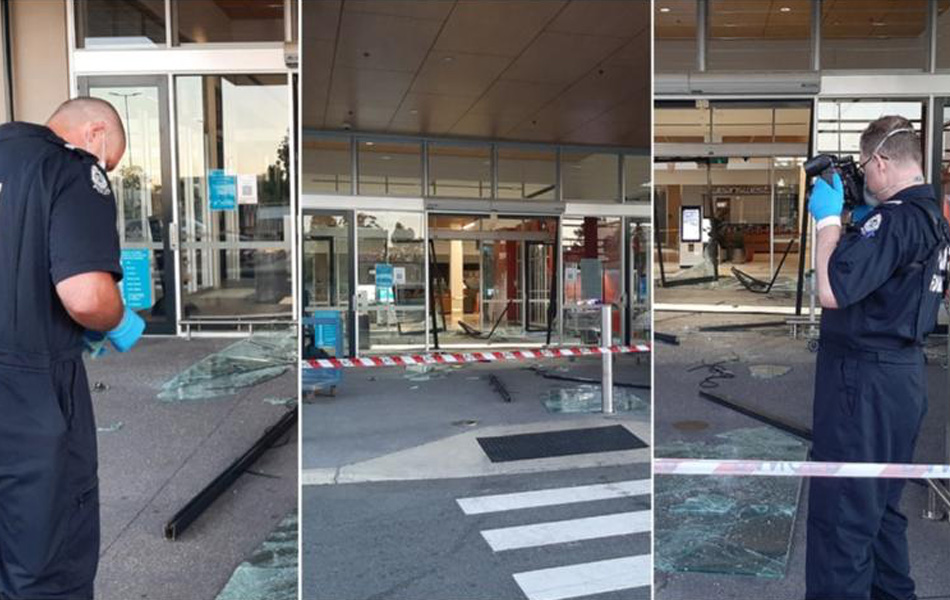 Thieves have stolen a still undetermined value of jewellery in a brazen 3am ram raid at a Michael Hill store in Perth’s Baldivis Shopping Centre.

Police are still looking into the identities of the suspects who rammed a vehicle into the centre’s front doors on Wednesday, smashed the front display windows of the jewellery store with a pry bar and grabbed pieces of jewellery before driving away.

The incident caused extensive damage to the shopping centre, both inside and out, as neighbouring retail stores also closed shop to make way for an ongoing investigation.

According to one of the affected tenants at the shopping centre, security has been an issue in the establishment where a previous break-in also occurred in October 2021.

“Now it’s not just affected Michael Hill, but Jamaica Blue can’t open, Red Dot can’t open and no one can access this entrance to the centre so our foot traffic is now smaller too, it’s just an unfortunate situation,” Natasha Bewetz, manager of a shoe retail store at the shopping centre, told WA News.

Investigators are following leads regarding any information on a four-wheel-drive dark-coloured vehicle that was spotted in the area around the time of the incident.

From the second half of 2020 to the first half of 2021, around seven burglaries have been reported for Michael Hill stores throughout New Zealand.

Several people – including teenagers – have since been charged in relation to those crimes.

Australian Jewellery Fair a sell-out with four weeks to go