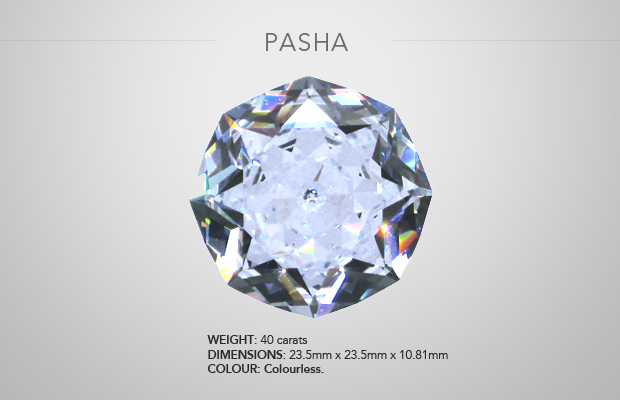 Considered the finest gem in the Egyptian Treasury, the Pasha “weighs 40 carats, is of octagonal form, is brilliant cut, and is of very good quality and lively”, according to reports.

Unfortunately, this is tough to verify because the gem’s whereabouts are presently unknown. Rumour suggests it was purchased for £28,000 by Ibrahim Pasha, but inquiries have not uncovered whether this is true or not.

Balfour’s Famous Diamonds alternately states that Barbara Hutton purchased the diamond from King Farouk of Egypt in the 1940s. Hutton then had it cut into a 36-carat round brilliant, as she did not like the octagonal shape.

Other rumours say the Pasha remains in the Treasury headquarters on the banks of the Nile, but in these days of change and trouble in the region, it is questionable whether anyone outside a certain official circle can say what particular spot the Pasha may be resting.