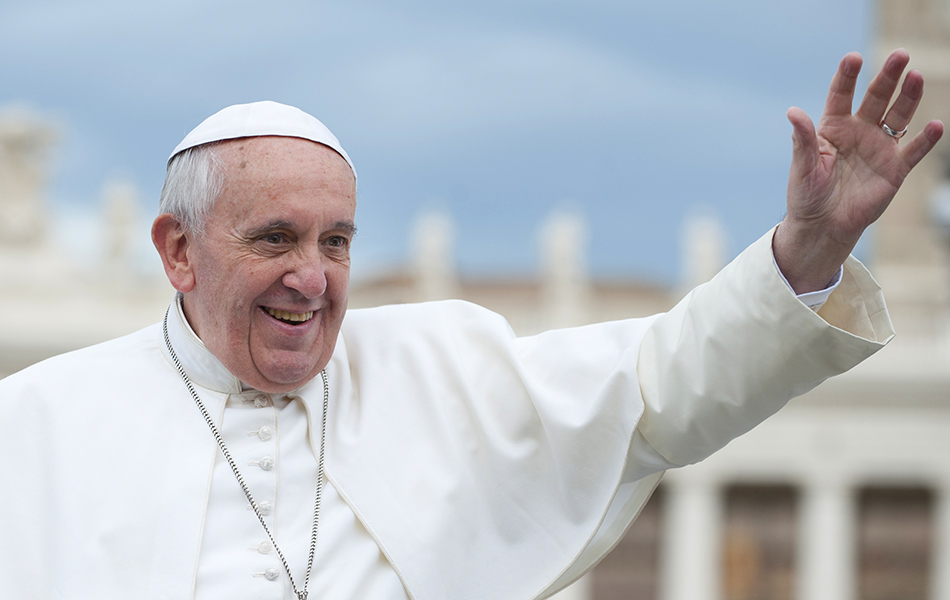 Heeding the Pope’s stand on the damaging and harmful effects of traditional mining practices, US-based Diamond Foundry presented a lab-created stone during the blessing rites, claiming it “represents a fundamental shift in how this mineral can be produced.”

“His Holiness Pope Francis is one of the preeminent moral authorities of our times,” Martin Roscheisen, CEO, Diamond Foundry said.

“We are greatly honoured to showcase a sustainably created diamond that entirely avoids the environmental and human toll of mining — hopefully a brilliant example of the kind of paradigm shift possible for at least some mineral resources.”

The Pope, during a Vatican meeting early this year, has been openly critical in his stand on denouncing traditional mining practices that do more harm than good as “the earth’s resources are being plundered because of short-sighted approaches.”

» Background reading: Truth behind lab-created diamonds starts to be exposed

He noted that such practices should be discontinued as “the earth’s resources are being plundered because of short-sighted approaches” and industry stakeholders need to “ensure that mining activities lead to the integral human development of each and every person and of the entire community.”

However, some industry experts have questioned some of the ‘eco-friendly’ claims of the lab-created diamond manufacturers.

It also recently opened a €740 million ($AU1.18 billion) 100 per cent solar-powered facility in Spain to supply diamond traders and the semiconductor industry with its lab-created diamonds.

Now Showing: Is my opal a true blue Aussie opal?; secrets of the famous French Blue diamond; and how to confuse a gemmologist