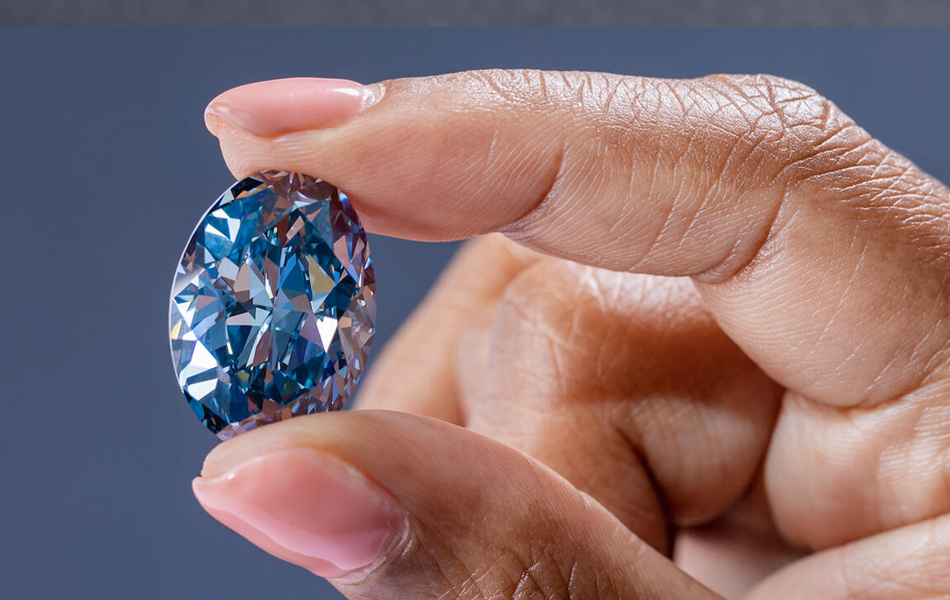 The 20.46-carat Okavango Blue Diamond, which is said to be one of the most fascinating and rarest colour diamonds in existence, has been unveiled for public display at the American Museum of National History.

Considered to be one of the largest blue diamonds in the world – which is about the size of a plump almond – the Okavango Blue traces its origins back millions of years and from hundreds of kilometres underneath the earth’s surface. The display provides visitors with scientific lessons regarding its unique origin, especially geology and physics.

“This diamond has an extraordinary story,” Dr George Harlow, geologist and curator of AMNH’s Mignone Halls of Gems and Minerals, told The New York Times.

“For most of history, we didn’t know why diamonds were blue. They were thought to be low in nitrogen. But, in fact, they contain borons, and as soon as the boron is more abundant than nitrogen, the diamond becomes blue.”

Nitrogen is more concentrated in brown and yellow diamonds.

The oval-shaped stone – unearthed in 2018 from Botswana’s Orapa Mine located in the lush Okavango Delta – was given a clarity grade of VVS1 for its near-perfect condition and was cut from a 41.11-carat rough diamond.

Unlike most diamonds that were created around 160 to 240 kilometres below the surface, Okavango Blue may have formed for millions of years at the transition zone – around 640 kilometers down – through a geological process called subduction.

“It’s all about plate tectonics,” Harlow said, noting that the boron comes from seawater that gets “swished around inside the earth” over millions of years as the oceanic tectonic plates collides and slides underneath continental plates.

The boron gets pushed down to the transition zone where it contributes to the formation of the diamond.

“The interpretation now is that the seafloor founders much deeper into the earth’s interior than we previously thought,” Harlow explained.

“Diamonds are a time capsule because they are old, often two billion years or more. They also teach us a lot about our planet,” he added.

The Okavango Blue was borrowed from the state-run Okavango Diamond Company and placed on exhibit at the museum for an indefinite period, together with more than 1,000 rough-cut diamonds from Botswana. The mining company is responsible for marketing 15 per cent of the country’s diamond production.

Botswana is considered one of the world’s leading producers of high-quality diamonds, which accounts for around 80 per cent of the country’s exports.

The country is also credited for producing the second-largest rough diamond in the world – the 1,109-carat Lesedi la Rona – which was discovered at the Karowe mine in 2015.