Resetting the jewellery industry from top to bottom 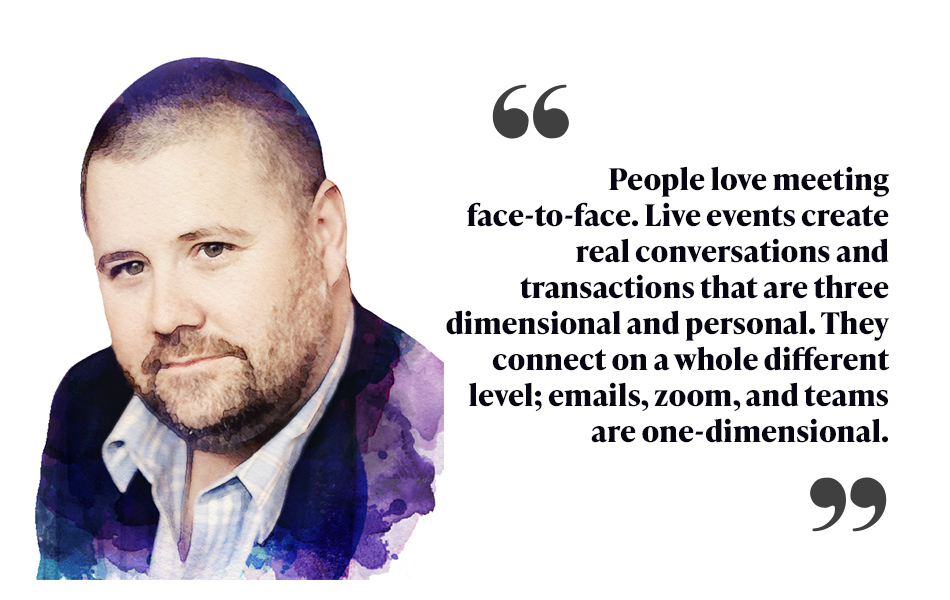 At the start of this New Year retailers and suppliers should focus on rebuilding and resetting the Australian jewellery industry back to where it once was, writes GARY FITZ-ROY

It’s been a tough time for all businesses, but some more than most. And while it’s not a competition about who fared worst during the (ongoing) COVID pandemic, we should spare a thought for those industries, which, effectively, find themselves still closed.

While the health restrictions, lockdowns and border closures, along with the stopstart-stop announcements by various state governments made it extremely difficult for a business to function – sometimes impossible – it’s fair to say some businesses have boomed since February 2020.

Sadly, some are still in limbo, all but ‘closed’, two years on. Think airlines and international travel. Unfortunately, my own industry – exhibitions and events – sits somewhere in between those that have been minimally impacted and those that have been severely affected.

Like you, the end of 2021 brought a collective feeling of relief and calm. Restrictions were easing, confidence was rebuilding and optimism was high for 2022 – and the continued return towards some form of normality.

However, it’s fair to say it doesn’t feel like we got what was promised, or at least expected. The year has not started as expected, but it is important that we – retailers and suppliers alike – regroup and reset.

It’s important that we all work together. It’s been happening in small ways throughout the past two years of the pandemic. People would call their business associates and colleagues to check to see if they were okay, and I also saw how people began to ‘think local’.

Buyers and sellers went out of their way to help each other’s business and support each other. And that wasn’t just in the jewellery industry; I have seen it everywhere.

Yes, in some cases people had no choice because supply chains were disrupted, but I got the feeling that even if they were, the same thing would have happened.

My contact with the jewellery buying groups showed that they often lead the way. They have worked hard for the benefit of their industry.

For the past two years all event organisers have found themselves between a rock and hard place. (Well, those that survived the first six months, and didn’t close.) Planning, organising and announcing events takes time and money, and there are many upfront costs that once started, we cannot recuperate or be refunded.

Combine that with rule changes announced by the various state governments on a weekly, if not daily basis, the business environment has been fraught with enormous risk. Nevertheless, we saw our position as being a conduit for bringing the industry together; under one united ‘banner’.

The amazing thing has been that, when it sank in that there wouldn’t be major trade exhibitions for the industry to come together, they realised their importance and role. I am still surprised to find how many calls and emails I have received from people saying things like, “Boy I miss the trade show”, or “I will never go near a ‘virtual’ trade show or Zoom seminar again”.

People love meeting face-to-face. Live events create real conversations and transactions that are three dimensional and personal. They connect on a whole different level; emails, zoom, and teams are one-dimensional.

Part of our role in creating the opportunity for buyers and sellers to meet under one roof is making timely decisions that are in the best interest of everyone we serve. Sometimes the decisions are not a popularity contest – they impact people – but we always chose the option we considered the right and decent thing to do.

A favourite saying of mine guides many of our decisions: “The first step toward success is taken when you refuse to be a captive of the environment in which you find yourself”.

When pushed into a corner you either take flight or fight! We choose to fight.

Believing in the jewellery industry and talking less, and doing more, is the only way to build confidence in COVID-world. That’s something I believe is the fundamental and most important aspect to not only getting business back on track, but also resetting retail for a brighter future.

And that’s because, if there is one thing that the pandemic has proved it’s that shopping at retail stores is more important than anyone ever believed. It’s about face-toface and physical interaction, right down to shaking the hand of a colleague!

Any supplier who paid to ‘exhibit’ at a virtual jewellery show will attest to that; they were disasters. And as much as the operator – who took their money for little or no result – will say otherwise, they don’t work, people prefer face-to-face, whether it be b2c or b2b interactions.

Following a number of years of industry controversy, and now two years suffering under the restrictions and lockdowns caused by the pandemic, we are not out of the water quite yet. But one thing is for sure, we need to help each other, and we need to buy local and support Australian suppliers.

And above all, while there are still people who attempt to create division, we need to unite and reset the industry from top to bottom in the light of the ‘new normal’.