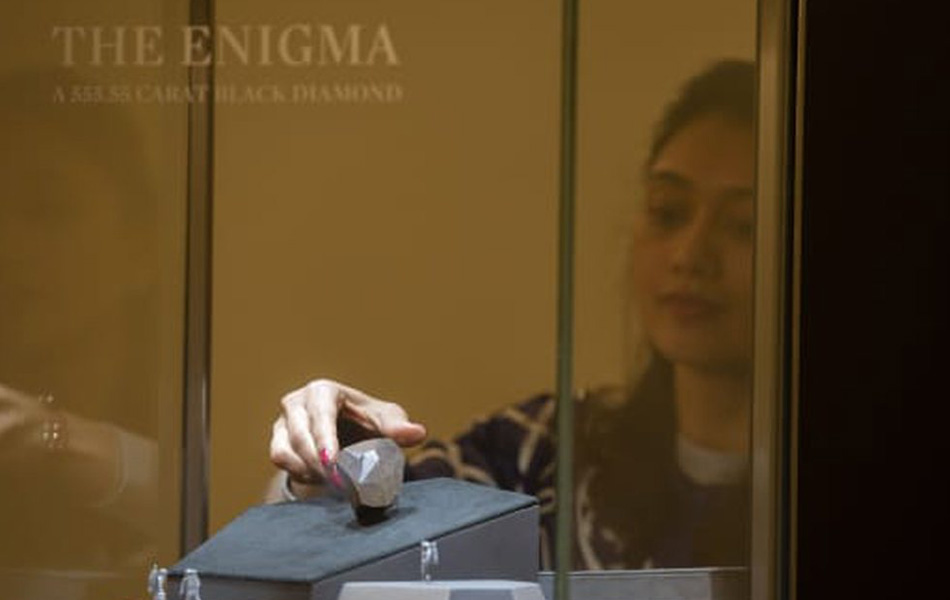 The 555.55-carat black diamond dubbed The Enigma has failed to deliver price expectations after it was sold via auction for £3.16 million ($AU6 million), just slightly over half of the predicted selling price of £6 million ($AU11.4 million).

Auction house Sotheby’s has announced that the extremely rare black diamond was sold and paid for in cryptocurrency, but failed to disclose the identity of the stone’s new owner.

However, American tech-entrepreneur and founder of crypto companies Hex and PulseChain, Richard Heart, posted on social media that he purchased the diamond.

“I won the world’s largest cut diamond for our #HEXican cultural heritage,” Heart said in Twitter, noting that he’ll change its name to the “HEX.com diamond”.

The Enigma, which was listed in the 2006 Guinness Book of World Records as the largest cut diamond in world, has 55 facets and shaped like the Middle-Eastern palm symbol Khamsa which also means “five” in Arabic.

The stone, which was classified as a carbonado diamond, traced its origins from outer space based on their carbon isotope properties and high hydrogen content.

Black diamonds are mostly found in Central Africa and Brazil, believed to have been formed 2.6 to 3.8 billion years ago.