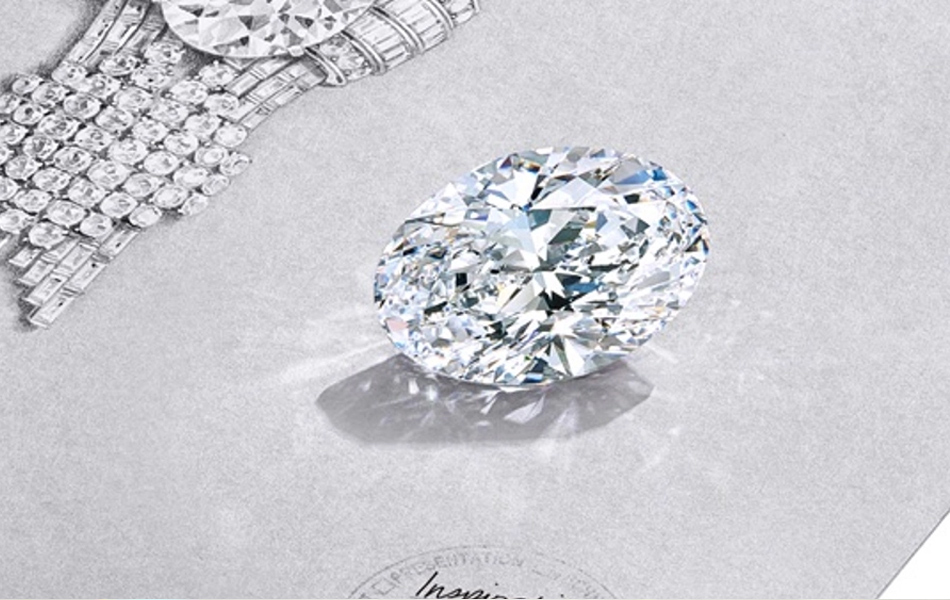 Luxury jewellery company Tiffany & Co. showcased its newly made 180-carat diamond piece, which it has named The World’s Fair Necklace, on Sunday, and it is one of the most expensive pieces produced by the company.

Unveiled at a Tiffany event in Dubai, United Arab Emirates, a company spokesperson said that although the diamond is for sale, they are declining to publicly disclose its selling price, which industry experts have predicted at between $US20 – $30 million.

The spokesperson added that they were hopeful that whoever purchases the piece will allow it to be placed on loan for exhibitions.

The necklace features a total of 180-carat platinum-set diamonds, with its centrepiece being an 80-carat, oval-shaped, D colour diamond, which Tiffany has dubbed “The Empire Diamond”, as a tribute to its New York City headquarters.

This necklace is steeped in history, being a modernised redesign of one of the company’s pieces that was originally on display at the 1939 New York World’s Fair, which, at the time, was the second most expensive World’s Fair ever.

Victoria Reynolds, chief gemmologist Tiffany & Co, said that this expensive piece represents several of the company’s own values, as it “perfectly reflects our brand heritage as a New York luxury jeweller, whose founder was known as the ‘King of Diamonds.’”

Adding to its unique design, the Empire Diamond centrepiece also doubles as a ring, as it is attached to the necklace with fasteners that can be undone, allowing the diamond to be mounted onto a ring.

This is done with the help of a Tiffany employee, who will always be available on call to convert it from necklace to ring, and vice-versa, at the request of whoever purchases it.

In-line with Tiffany’s responsibly sourcing policy, the diamonds are fully traceable, being mined in Botswana, Southern Africa, cut and polished in Israel, and set in the company’s own New York workshop.

It is the second most expensive piece acquired by the company in its 184-year history, following only their self-described “priceless” 128-carat Tiffany Diamond, which is one of the largest yellow diamonds in the world.