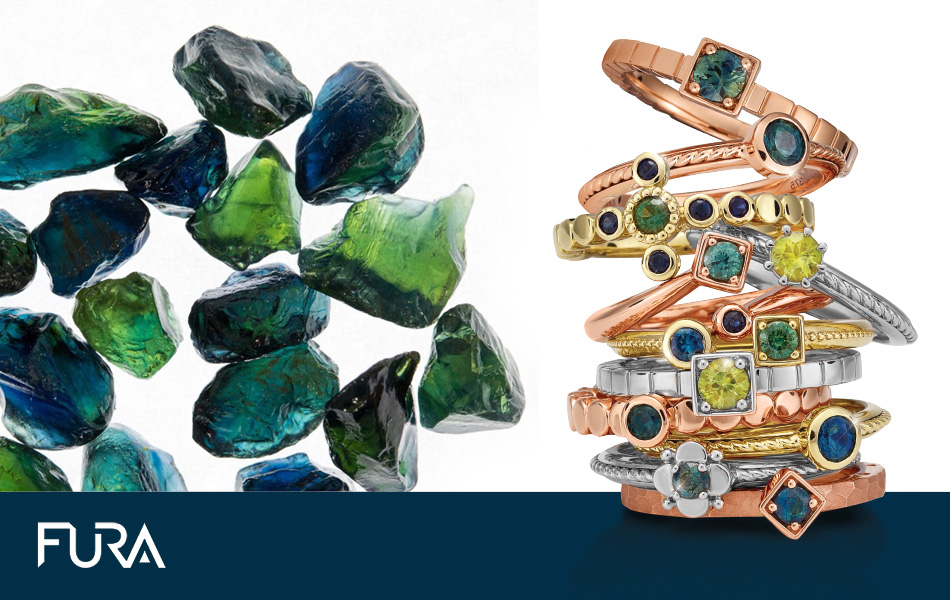 FURA Gems conducted the event, held in Bangkok, last week and offered more than 900,000 carats of “unique, rarely seen, only natural and untreated rough sapphires with a wide range of colours including blue, teal, green, parti and yellow.”

The rough was sourced from Capricorn Sapphire and Great Northern Mining in central Queensland. According to the company’s announcement, the cumulative mining area is around 20-square kilometres, making FURA the largest international supplier of sapphires.

FURA’s sapphire production in 2021 has been 5.5 million carats.

SAMS Group Australia participated in the auction and CEO Steve Der Bedrossian said: “We were fortunate enough to win 28 of 95 lots amounting to more than 430,000 carats of ethically-sourced rough Australian sapphires that will be boomeranging its way back into Australia to satisfy our local jewellery industry.

We are pleased to bring back home Australia sapphires, produced from the Queensland gem-fields.”

The event, which attracted attention from international companies, had been marketed extensively to the trade, and Dev Shetty, founder and CEO FURA Gems explained that it was a great success.

“We had an unbelievably great turnout. We were expecting 15-20 companies to participate, given the restrictions associated with the pandemic, but to our surprise, we got over 80 participation requests from companies in Bangkok, Australia, Sri Lanka, Canada and India. We could only allow 45 companies to participate in the first tender. The auction was a big success with 83 of the 95 lots being sold.”

He explained that the auction in Bangkok was historic because it included rare colours in quantity. “It presents a unique opportunity for the industry to explore different colours in sapphires on one single platform,” Shetty said.

The stones were of particular interest to Der Bedrossian because they are guaranteed to be ethically sourced and Australian.

“Australian sapphires are of volcanic origins transported to the surface from deep in the earth’s crust as lava flows and ash deposits and one special feature of Australian sapphire is the amazing range of colours in which it occurs with every shade of blues greens and yellow being represented.

“More importantly is its feature of well-developed colour banding with cut sapphires resulting in colour combinations such as teal blues, teal greens, yellow greens and green yellows as well as the much-loved parti sapphire or ‘wattle’ sapphires where two or more colours may be seen in a single cut stone.”

He added these attributes make local sapphires one of the most interesting gemstones available to jewellers and jewellery consumers because, “when there is a distinct separation of colour the result is very special bi-colour sapphires.”

FURA claims that its sapphire mines in Australia, are “one of the most significant sapphire deposits in the century, bringing back the promise of the glorious late 20th century when the country accounted for over 90 per cent of the global sapphire supplies.”

The company was established in 2017, and is based in the United Arab Emirates. In addition to its Australian mining operations, FURA also mines in Colombia and Mozambique employs more than 1,200 people across three continents.

During 2021, it managed around 6 million carats of Mozambican rubies and 300,000 carats of Colombian emeralds.

Prior to founding FURA, Shetty was the group chief operating officer and board member of Gemfields Plc and assisted that company to become the world’s largest colour gemstone company from 2009 to 2016.

According to Der Bedrossian there is a trend for alternative engagement ring designs away from diamonds.

“Australian sapphires are on trend because of their unique and beautiful parti and teal colours. Jewellery consumers worldwide are looking for something special, and this has resulted in an increasing demand for unique and special gemstones especially those that are ethically mined and sourced Australian sapphires,” Der Bedrossian said.

The dirty little secret your data isn’t telling you